Throughout the many years as a professional resume writer and career coach, one of the most often asked questions has to be: “how far back do I go on my resume?” Recently Ty Newman submitted the following: 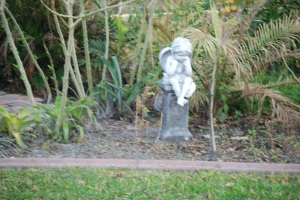 “I’m not ashamed to say that I’m an older gentleman who fell victim to downsizing earlier this year. My resume definitely needs to be updated but how far back should I highlight my career history? I’ve worked for five organizations over the past 30 years, nine years during my most recent. What guidelines should I follow?”

According to the top career management associations, it is generally recommended work histories going back beyond 10 to 15 years should not be included in your career documents. The reason for the five year spread is because of the concept “relevancy.”

Relevant, according to Merriam-Webster.com is defined as:
* Having significant and demonstrable bearing on the matter at hand
* Affording evidence tending to prove or disprove the matter at issue or under discussion

With this as our guide, if an individual worked at Tropical-Air of Central Florida (these folks handle all my a/c and heating needs so here’s a quick shout out) as an ace air conditioning installer ten years ago but now has decided to work as a writer with Education Career Services. The experience gained over ten years ago as an installer is not relevant to the writing position and should not be included in his or her career documents. The reasons are pretty obvious so I won’t detail them for you now.

On the same token, if the person in the example above applied for a general construction position or project manager, his or her experience as an air conditioning installer may be considered relevant and should be included.

No doubt the next question might be: “What’s the harm in putting all of the jobs I’ve ever held on the resume?”

At first sight, the logic in letting a potential employer know your professional diversity may sound pretty solid. Problem is, there’s always a second sight… Here are a few potential negatives by saying too much:

* Age discrimination; highlighting too many years on the resume may cause alarm by some employers as age discrimination has not gone away and the perception that you will cost too much to hire is always kicking around behind closed doors.
* Job hopping; training is expensive and if you “appear” to become bored or unhappy after a year or two on the job, a red flag may pop up (and not in your favor).
* Oh so yesterday; technology and operational methods change dramatically every three to five years. Thus, what was considered cutting edge ten years ago is now considered prehistoric and will be received with a shrug of the shoulders and a “how does that benefit me now?” gaze.

Enough of the marginalizing factors, let’s take a quick look at a HUGE advantage of offering a career history highlighting longevity and loyalty. Using Mr. Newman’s example above, possessing a sense of company loyalty is a factor employers look for. As mentioned above, training is expensive and when a company can reduce attrition by hiring and keeping quality employees in it for the long haul, everyone wins.

As a result and on face value, I would suggest to Ty that he go ahead and highlight his long-term career commitment and list his employment history, perhaps even to the 20 year mark provided it is relevant and progressive.

Would listing a career history going back to the 1990’s be in your favor? To be quite honest, I can’t answer that without knowing more and knowing where it is you want to go.

My point is, every situation is different and general rules are made to bend. If you would like a professional review based upon your specific circumstance, send your questions with a brief summary to us and we’ll give you the latest best practice advice.

For those interested in cutting-edge career books to guide you along your journey, visit www.edu-cs.com or go to Amazon and search Danny at ECS for a listing of available material.

One thought on “Career history, how long is too long?”