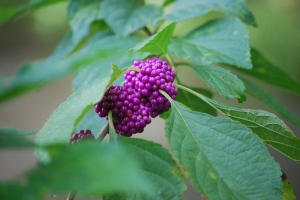 Are you taking full advantage of instant updates from your friends, industry experts, favorite celebrities, and what’s happening around the world? Unless you live in a machine and reside eternally within the digital networking world, priorities need to be your guide. After all, who in their right mind has the time to respond to every Tweet, LinkedIn discussion, and Facebook entry?

Perhaps it’s ripe time to evaluate the benefits of digital networking without bogging time down to a crawl. Though most individuals are familiar with the basics of Twitter, there’s a method of self-career marketing many are not taking full advantage. So, what exactly is this Twitter craze sweeping the nation and are you in the round?

Keeping you in the loop, Twitter is a social networking site and micro-blogging service that enables its user to send and read tweets, text-based posts of up to 140 characters. The key feature of this site is the ability to “Follow” individuals. Whenever a user tweets anything, all of his or her followers are notified instantly.

Twitter tip: Be careful to keep your Tweets relevant and not too personal or what you say may come back to haunt you.

While some users write what they’re fixing for dinner or give blow-by-blow descriptions of their favorite soap operas, as professionals, we’re only interested in the “industry experts” of our field. With the right strategy and proper planning, Twitter can become an effective tool.

For those yet to be within the Twitter family, begin by opening a web browser and entering http://www.twitter.com into the address bar to reach Twitter’s home page.

Once in and ready to take on the world, remember that an online presence represents you, your skills, accomplishments and creativeness. Ultimately, your Twitter resume/profile presents a brief version of personal, educational, and professional qualifications as that of a job applicant, all in 140 characters (or less).

According to the latest, Twitter is more than a social networking site and its use within the career management field has expanded beyond boundaries. Twitter has become one of the first sights hiring recruiters venture to in order to locate high quality candidates… and this is where your 140-character profile must be strong enough to lift you above the crowd of millions.

Atop a stingy foundation, many recruiters and job seekers are turning to Twitter to impress companies by way of quality, not quantity. Throw in a six-second video and the world can be your oyster. Though in its infancy stage, in corners of the job market, such as media and technology, candidates and recruiters are claiming Twitter’s value.

Twitter, stating that it has more than 200 million monthly active users, just may be the elevator pitch medium of the future. I know what you’re asking and shaking that bobble head about: how does one write a 140-character career marketing document/slogan that summarizes one’s experience and unique attributes?

Glad you asked, as so did a recent graduate I have been coaching asked. Here’s the scoop, Megan had been using Twitter for several years, providing insight on dining, her whereabouts, and whatever happened to fancy her throughout the most peculiar times of the day. In other words, like most of us, she held a Twitter account but did not take advantage… until now.

With several creative sessions and less than drab correspondence, Megan came to recognize the many contributions she can add to an organization. Our next step was to ensure she could transfer her uniqueness quickly. Our first attempt more than doubled the allowed character limit so we knew multiple revisions were in store.

Working back and forth, Megan created a Twitter profile packed with industry keywords that would arouse the recruiter interest. Let’s take a look at her Twitter resume/profile as a format and then tailor your Twitter marketing document on the spaces provided.

Megan replaced her personal profile with the above and three weeks later received several inquiries. As of this date, she has yet to land her dream job but has received four phone interviews and one face-to-face interview… pretty good odds… now we have to work on her interview skills!

Are you taking advantage of Twitter? If not, no better time than now to work on your profile. To push you along the way, in the space below, create your 140 character (or less) Twitter branding statement:

Once completed (and before submitting it live on Twitter), send it along our way for a quick critique.

We’ll continue offering professional insight and review career marketing strategies so continue checking for the next submission. With this in mind, if you have career questions and would like a team of professionally certified writers and coaches input, don’t hesitate to ask.

For those interested in securing cutting-edge career focused books, including how to write effective resume/cover letters. Visit “Danny at ECS” on Amazon or go to www.edu-cs.com for a complete listing of available products and support. You may also contact our staff directly: dhuffman@educationcareerservices.com to see how we can help you.