Too often we game ourselves into believing work performance and attitude tell the story of MOtivation… unfortunately, many are fooling themselves by representing NOtivation to all but themselves.

Several key words/terms in the above sentence need to be unpacked before the looking glass:

After reading the above, if your reaction was “who cares,” congratulations, you are swimming with the majority of folks out there and boxed yourself in as a NOtivator. How long do you tread?

Ever wonder why you keep getting ignored when it comes to job promotions or pay increases?

For the record: Promotions and pay increases are not a right, they are a privilege; a privilege rarely earned (or given) to the NOtivators in the world.

Take an objective look in the mirror. Reflect on what the person looking back sees… not just the surface, but the actions and attitudes behind and beyond the blind.

If you dare, imagine what the customers experience when you assist their needs. Imagine what your co-workers define and if respect has been earned. Imagine if you were your supervisor or owner of the company… would you give the person looking back a promotion or pay increase? If so, why? If not, why not?

Looking glass moment: through the eyes of the customer and company, what do your ACTIONS represent?

One of the most difficult (and bravest yet rewarding) things in life is self-examination. Truth is, until you see who that person looking back really is, you’ll reside behind a sheath of disillusion preventing progression and personal/professional happiness.

I won’t ask the question again… for now.

Seeking employment insight and career collateral, visit www.edu-cs.com or if you are seeking material designed for those transitioning out of prison, check out www.CareerBreakOut.com and consider the most powerful book that will change your life: “Walls, Bars, and Razor Wire… You Choose.”

In predictable fashion, the end of the year means promises will be made. For most, promises are made with the intent to come true until reality shows us otherwise.

Don’t have to be Nostradamus for this: By February, previous month promises and the intent behind them will fade into a distant memory. By March, justification and amnesia will kick in full throttle, until “Nothing New” rules the remainder of the year.

A bit gloomy prediction on my part, suggesting you will be failing on the self-imposed challenges being made over the next week. Here’s the problem many simply don’t understand or refuse to believe: in order for promises to come true, change MUST become part of the equation.

Good news, defeat does not always happen; maybe there is a chance this year will be YOUR year of change, progress, and happiness.

Though no guarantee, there are specific guidelines to follow in your journey to the new you:

What are YOU going to do this year? Are you going to play the armchair role, waiting around for something great to happen and then blaming others or circumstance once again 12 months from now?

New Year, New You? It’s not going to happen unless YOU make it happen. I’m not a betting man, but if I were, I would place my pot of silver that NOTHING NEW will define 2015 for you… as for me, I’ve got a plan and know 2015 is going to be one of the most progressive and successful years of my life.

Double Dare: Prove to me (mostly to yourself) 2015 is going to be YOUR YEAR.

To review and consider career development books and resources, including material designed specifically for those transitioning from military service, resume / cover letter construction, networking, and interview strategies as well as employment guidance for ex-felons visit www.edu-cs.com, www.CareerBreakOut.com, or www.2ndChanceUniversity.com. 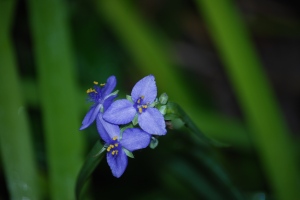 True enough, everyone wants to be treated with respect and dignity in the work place. Unfortunately, for many, respect and dignity as a concept does not mean that it can be bought or paid for in the workplace, it has to be earned, and I am a firm believer in the old saying “respect begets respect” and yes, we must treat others in the same way we desire to be treated. This means doing things that would professionally motivate others to do unto us what we do unto them.

Respect in the workplace is a fundamental expectation and the concept ‘professional respect’ is gaining much popularity because it relates to equity, justice, fairness, courtesy, and living peaceably with others. In fact, many would agree that apart from job stability, remunerations and compensations, health benefits, and work life balance, RESPECT is THE potent reason why many employees would keep or seek out new employment.

In the workplace, everyone wants and deserves recognition, such as being respected for hard work and the values they add to the company. Another truth: Appreciation counts for a lot of motivation while not recognizing the hard work a person brings to the table amounts to discontentment and lack of respect.

CC Connection tip: Workplace respect is based on the abilities and skills of an employee being sensitive to diversity and treating people the way you would like to be treated.

Here are a few tips you can do to create an environment for workplace respect to thrive:

RESPECT for others starts with respect for you. In order to earn the respect of others you must be able to respect yourself and this will inevitably attract the respect and civility of others unto you. 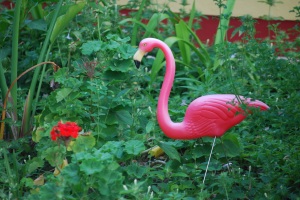 Many employers are beginning to accept not only the inevitability of Highly Sensitive People in their workplace, but also the benefits of employing them. Evidence shows that the presence of HSPs in the workplace is, aside from their myriad assets, also a good teller of the state of the workplace in general.

Because of their sensitive nature, HSPs are able to sense a shift in morale more quickly than normal employees. This means that employers have a better chance of maintaining proper functionality of the workplace by keeping a closer eye on the more sensitive employees while utilizing their potential to the fullest.

So what does this mean for you, the Highly Sensitive Person working in an environment that is not ideal for your characteristics? I can tell you; this new understanding among employers is excellent news for you. Why? There are a few reasons:

Experts say that when a man plants a vineyard, he plants rose bushes along the borders. The roses and grapevines require the same conditions such as soil and light. This means that if conditions begin to arise, it will affect the roses first, and it will give the farmer a chance to adjust for the vines before they are adversely affected as well. This is a good metaphor for HSPs in the workplace, which means you will be notice, in the right way. Your opinion, the things that affect you, will matter if your employer wants to maintain a positive workplace.

This also means that you no longer have to be afraid of asking for your needs to be addressed properly. You probably shouldn’t ask if you can ride your skateboard to work and bring your cat to sit on your desk because it makes you more comfortable. However, due to the newer recognitions of the differences in how people succeed at work and the recognition of the importance in the differing levels of sensitivity, you can now ask for certain environmental stimuli to be minimized or distanced from you so that you may perform at your best.

Now that employers are being prepared to see the best of having Highly Sensitive employees, this is a chance for you to recognize that the floor is open for your brilliant and unique ideas that wouldn’t come to people with different sensitivity levels. This is a chance for you to shine, and that only exists for you because you are different. Here’s your chance to see what you can offer not despite of your differences but because of them. Take advantage of that, bring your observations to light, and use them to make where you work (and the world) a better place.

Interested in developing proven career success techniques or in securing cutting-edge career focused material, including interview best practice techniques or how to write effective resume/cover letters? Visit www.edu-cs.com for a complete listing of available support. You may also contact us directly: dhuffman@edu-cs.com to see how we can help you. 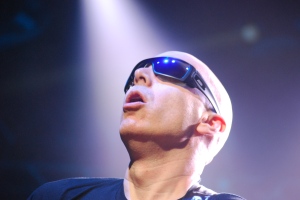 So you are on the hunt for a job and you have all the basics to land an interview, but you aren’t getting many responses.  Submitting resumes and applying on large job sites can be discouraging and make you feel like you are falling into the cracks of a very large database.  After scratching your head, you begin brainstorming as to what else you can do to have that extra push to land an interview.  The answer is simple: ask for job referrals.

Common sense and statistics make one thing clear: companies are hiring based on employee referrals and will typically give a person with a referral more of a chance to land an interview.  According to a study by the Federal Reserve Bank of New York, applicants are twice as likely to get interviews and 40 percent more likely to get hired if they have a referral.  But how do you get these great referrals?

Career Success Tip of the Day:  Networking is the way to go.

Social media is at an all-time high and if you want to land a dream job, networking is a crucial building block to obtain referrals.  Sites such as LinkedIn, CareerCloud, and even Facebook and Twitter can be effective ways to network and gain contacts.  The best thing about social media networking is that you don’t even have to leave the comfort of your home to find your way into the company.

There is no better way to network than in person.  People remember faces and have a harder time saying no when they are face to face.  It can be as simple as running into a former coworker at the grocery store or making a new connection while watching your son’s football game.  The secret to in person networking is to be sociable.  Truth is, people refer people that they like.

So you used your resources and found out that you have connections into companies you would like to work for.  How do you ask?  Well, unless it is someone who knows you well, it is best to ask if they feel they know your work enough to refer you.  If they don’t, but still would like to refer you, give them a copy of your resume.  That way they are knowledgeable of your qualifications and work experience.  They can then provide you with a referral letter or a contact within the company’s Human Resource department.

When searching for your dream career, take advantage of all the resources out there to assist with obtaining a referral and make sure you act professionally in public.  You never know, the person waiting in the checkout line next to you could be your next business contact.

Looking forward to our next career meeting, I am.