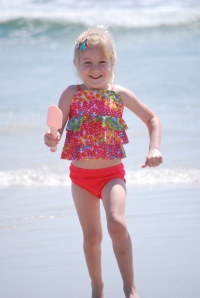 Although for some it may sound ridiculous, women continue to be the victims of gender discrimination. For many, discrimination is natural and based upon an historical expectation passed forth from household to the workforce. True enough, compared to other times in history, women have achieved more respect and recognition than at any other time… let’s take a minute or two to reflect.

Though legislation to balance the field is in place, gender discrimination still exists.

Going back in history we learn World War II proved to highlight the necessity to have women become workforce active. After all, tools for war needed to be manufactured and factories were in desperate need of laborers. Statistically, before the war it was uncommon for women to work outside of their home. Thanks to the war, the number of working women rose from 14.6 million in 1941 to 19.4 million in 1944. Didn’t take long, but in only a few years, women proved they could do the same work as men.

More than 50 years ago The Equal Pay Act was passed to help correct compensation injustices. Not too long ago women were making 59 cents on the dollar for every dollar earned by a man.

Is it? Is it not? Jumping to modern times, on average women make 77cents on the dollar compared to what a man earns. Is this discrimination?

The reasons many companies prefer men over women in the workforce, even when women have a higher education level and/or the same experience as men, are too many to mention. Historically and culturally, there was (is?) the idea women want only to get married and have children, representing limitations for the employer. For the hiring manager, women represent extra expenses such as absences due to maternity responsibilities, as one of the reasons preventing women from getting a raise or a promotion… or so I’ve experienced first-hand.

Physical appearance represents another issue for consideration. (Un)Truth is, an attractive woman might represent a future sexual harassment law suit based on the number of males in the workplace. A woman that does not appear physically capable might not get even hired because the employer is making assumptions based strictly on gender without giving her the opportunity to prove him wrong. (Finn, Lisa. Demand Media)

Examining the issue objectively, Bloomberg performed an analysis and found average earnings for women to be lower than those for men. In 264 out of 265 major occupation categories, men earned more than women, representing 99.6% of all occupations. (www.bloomberg.com)

Gender discrimination is alive and kicking… no longer can our progressive country hide from the truth.

In a world of blatant discrimination, women must place success in their own hands, never settle for status quo, insist on progress, and understand that there is no limit to what can be accomplished.

Already gaining steam, women can achieve equality by continuing their education, earning higher degrees, becoming entrepreneurs, and owners of their own ideas  as well as the architects of their own careers.