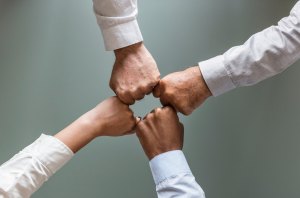 If you have not checked out the previous submission, you may feel a bit out-paced. Either way, here goes the second part as the journey to a Non Profit continues…

Since 2012 I’ve expanded our non-profit to support three justice-involved categories:

Six years later, our 4-month, 18-book, series/interactive workshops, are launching mainly because this once 16-year old softball player saw people in La Tuna as people… not as monsters… just people who made a mistake and needs to regain balance and Hope.

Over the years, this journey has had a personal cost of over six figures… the amount returned to cover? Zero… not one cent.

Worth it? You tell me, would you sacrifice years and over six figures with only Hope to make a positive difference in lives, families, and the world?

In this regard, will share participant journeys and how their lives change as we grow.

We are a 501 (C) (3) on the brink of great things… let me know if you would like to share in this journey; your insight, contacts, support, and donations are appreciated.

2nd Chance University is a non-profit designed for our youth as well as our adult population who have stumbled to regain their Commitment, Hope, and Empowerment.

If you chose to share or support, email me directly at dhuffman@2ndChanceUniversity.org and if you or a family member played softball years ago while at La Tuna, thank you for letting me into your world.

Last time we stopped abruptly in the middle of Steven’s story, time to check out how his CHE Quotient — not too worry, for those not in the CHE Quotient know, you will soon.

Looking at the numbers, Steven had no chance…but you can’t always bet on the numbers…

What Steven had to learn was that he was a unique person with value. That he deserved a better future. That he could actively choose a different path than the one he had walked since his youth.

His lesson started there: by restoring hope, developing empowerment, and bolstering the commitment necessary to change one’s life. Recognizing his own potential and aware that failure (a return to prison) wasn’t an option, Steven committed himself to embracing these lessons and became one of our human element successes.

“I had felonies in my background and I couldn’t get a job. You helped me overcome them in my interviews and become a man of integrity. Now I have a job! Thank you!”

Speaking of numbers, his CHE Quotient doubled to 3.8, and that’s a number one can be proud of.

For the politicians and haters, statistics and numbers have their uses, but they don’t provide the whole picture. That’s why we measure numbers by lives changed: nothing else matters.

I invite you to join in—send your human element short story for publication consideration. Together, we will build a force and make a difference.

2nd Chance University is a non-profit dedicated to the socially invisible, those justice-involved seeking a journey of wonder and amazement.

Statistics and numbers have their uses, mostly depending upon the agenda spinners manipulating them. While numbers reveal much about a particular situation, the fact remains, they can also obscure things, creating more of a head-scratching event than a cerebral epitome.

Question, if numbers are black and white, how can they also turn into grey on a subjective whim? To illustrate, let’s concentrate on what we know best… the criminal element, namely recidivism.

It’s easy to get caught up in discussing recidivism rates, budget allotments, and what really works as the amount of money involved is racking up beyond infinity. Given the nature of subjective realism, debating crime stats, studying methodologies, and examining sample sizes is akin to trying to close a cracked Pandora Box.

To be real, numbers mean nothing, what matters is living a good life, where fear no longer exists and where dreams can (and do) become reality through hard work, commitment, hope, and empowerment.

Truth is, 2CU is not here to crunch numbers (though we have a few to crunch), we’re here to change lives and bring light to an otherwise darkened world. Offering hope, especially for the justice-involved, and raising the torch for all to follow.

For a moment, let’s look beyond retention rates and placement numbers and uncover the human element so many simply don’t understand or chose not to see. Let’s look through the eyes of Steven, a graduate of our program and one who happens to wear a number on his back.

Steven was reared to see the world where struggle was a way of life and giving up on the system (and self) was just the way it was. He saw a dark, dangerous place with no security, no safety net, no support, and definitely no future. Lacking a father figure at home, he sought acceptance and guidance in the street.

Didn’t take long for a gang to offer Steven what he felt was lacking. A series of arrests would give him a record and a narrower path to follow for the remainder of his years.

After release, Steven resisted change, claiming there was no way anyone would give him a chance. His stint in prison left a heavy mark on him. Holding a CHE Quotient of less than 1.5, his main obstacle was himself and the barriers HE created for himself.

Two months after release and slipping back into his old routine, he came to realize (due another near-by) destiny would be behind bars. He got picked up but was gifted a second chance.

Avoiding a return to prison depended upon his finding himself and gainful employment, but the difficulty he faced in finding work with his past was daunting. Steven was despondent, feeling that the stigma of his past would never go away.

Looking at the numbers, he had no chance… but you can’t always bet on the numbers…

(Going to slow this down for now, will conclude tomorrow when we will uncover Steven’s CHE Quotient after the program and what path he is venturing)